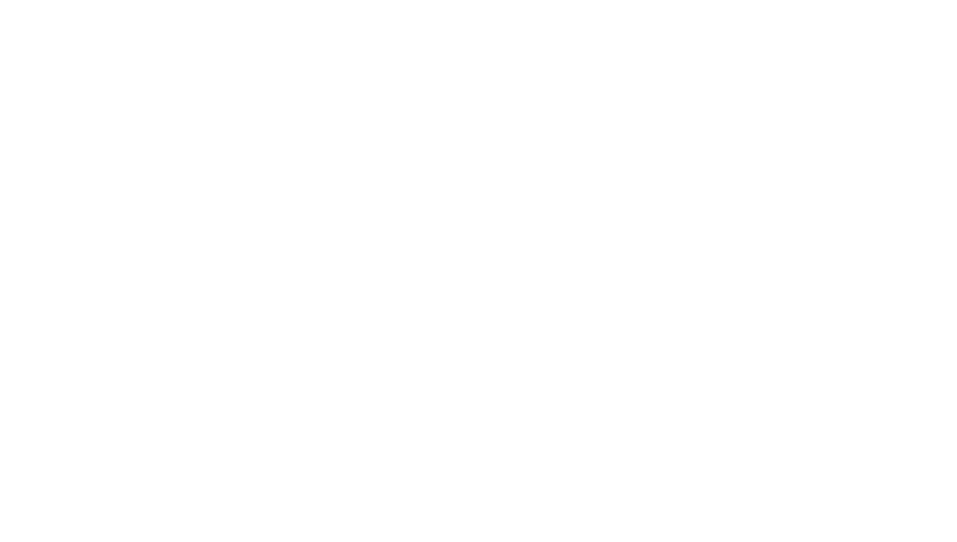 Polycystic ovary syndrome (PCOS) is the most common endocrine disorder in women during their reproductive years and the single most common cause of infertility in young women (1) (2). The prevalence varies from 6% to 20%, depending on which diagnostic criteria are used (1) (2). The main features of PCOS include hyperandrogenism, ovulatory dysfunction and polycystic ovarian morphology (3). The presence or absence of these characteristic features allows the syndrome to be classified into different phenotypes as shown in Figure 1: Diagnostic features and phenotypes of PCOS. Figure 2 illustrates an intersection diagram of the most predominant criteria used for the diagnosis of PCOS.

Hyperandrogenism is clinically determined based on the presence of hirsutism, using a visual scoring system, such as the modified Ferriman Gallway (mFG) score, assessing the degree of and distribution of alopecia using the Ludwig visual score, or biologically measuring the levels of circulating androgens. The clinical detection of ovulatory dysfunction is generally based on a history of polymenorrhoea or oligo-menorrhoea, or by assessing ovulatory function using luteal phase progesterone levels in hirsute women who are otherwise eumenorrhoeic. Ovarian ultrasonography is used to identify polycystic ovarian morphology (3) (4).

Regardless of the criteria used to diagnose PCOS, greater emphasis should be given to defining the actual phenotype. Phenotype A and B, and to a lesser extent, phenotype C, are associated with a higher risk of concomitant metabolic dysfunction (3). All criteria call for the exclusion of related or mimicking disorders (3). The phenotypic distribution of PCOS in epidemiological studies in unbiased populations is 40 – 45% for phenotype A and B combined, ~35% for phenotype C and ~20% for phenotype D (3).

Figure 2. Intersection diagram demonstrating the most predominant criteria used for the diagnosis of PCOS (2)

The management and treatment of PCOS have been a major challenge in reproductive medicine due to the wide range of causes and clinical symptoms (5). Research has been conducted on the use of naturally occurring nutrients in the treatment of PCOS and more specifically, their effects on the return of ovulation and increased fertility. Although the study sample sizes are relatively small, promising data have been recorded on the use of several nutrients that play an integral role in the pathophysiology of PCOS, including Myo-inositol, D-chiro-inositol, co-enzyme Q10, vitamin D and folate.

Inositol is a six-carbon polyol which has been characterised as an insulin sensitiser (6). Several studies have shown that one mechanism of insulin deficiency results from the inositolphosphoglycan (IPG) mediator and that a deficiency of inositol in the IPGs is responsible for insulin resistance (6) (28). Inositol has been shown to act as a gonadotropin second messenger in the ovary (7). Considering the connection between ovulatory dysfunction, hyperinsulinemic insulin resistance, and hyperandrogenism, inositols have been studied to assess their effects on the signs and symptoms of PCOS, as well as the possibility of restoring fertility and improving reproductive outcomes (7).

Inositol has 9 stereoisomers, two of which have shown promising results acting like insulin mediators, namely Myo-inositol (MI) and D-chiro-inositol (DCI) (8) (9). The physiological ratio of MI and DCI differs between tissues. This ratio is regulated by an insulin-dependent epimerase which converts MI to DCI (10). The activity of this epimerase is decreased when tissues become insulin-resistant (10). The ovary is one of the organs that does not enter a state of insulin resistance (10). Figure 3 shows the effect of insulin on epimerase activity in different tissue.

MI and DCI are involved in increasing insulin sensitivity of different tissues to improve metabolic and ovulatory functions. The roles of DCI as an insulin second messenger and insulin-sensitising agent are supported by evidence that insulin resistance is associated with reduced availability of DCI (7). This imbalance explains that insulin-sensitive tissue (muscle, liver, and fat) shows a reduction in the conversion of MI to DCI, resulting in a deficiency of DCI and a consequently increased ratio of MI to DCI. In contrast, tissues that do not develop insulin resistance, such as ovarian theca and granulosa cells, show the enhanced conversion of MI to DCI, producing a MI deficiency. This deficiency in MI impairs FSH signalling, leading to reduced oocyte quality, deficient oocyte maturation, and anovulation, as well as an increased risk of ovarian hyperstimulation syndrome (7).

Figure 3. Effect of insulin on epimerase activity in different tissue

This hypothesis sheds light on the importance of the ratio of MI to DCI in restoring normal ovarian function (7). The Consensus Conference on Myo-inositol and D-chiro-inositol postulated that the future ideal inositol supplementation should contain a ratio of 40 : 1 of MI and DCI (6). Low concentrations of DCI restore normal insulin sensitivity, reducing the circulating insulin and androgens and inducing an enhancement in ovulation frequency. Inversely, MI exerts its effects mainly at the ovary level where it increases oocyte quality due to its double role in cellular glucose uptake, which improves the ovary energy status, and in FSH signalling and induction of calcium release that allows proper germ cell maturation (8) (9) (11).

The benefits of using MI and DCI in a 40 : 1 ratio are: a) the ability to reduce the dosage of MI compared to when it is used alone (22); b) functions at both the systemic and reproductive level (22) (23) (24); c) quicker treatment of hormonal and metabolic imbalances (9) (22) (25) (26); d) faster reduction of plasma glucose and insulin levels (9); e) efficient control of the epimerisation of MI to DCI (22) (27) (28). A critical review of randomized clinical trials of MI and MI and/or DCI have been evaluated for the treatment of PCOS patients undergoing Assisted Reproductive Technology. Oral administration of MI alone or in combination with DCI can restore spontaneous ovulation and improve fertility in women with PCOS (21). There is growing evidence that the supplementation of the combination of MI and DCI in a 40 : 1 ratio is a safe and effective therapy for PCOS, including an enhanced oocyte follicular development and oocyte maturation, and in stimulation and pregnancy outcomes in IVF procedures (11) (21). Studies have reported a good safety profile of the molecule, even when administered up to 12 g/day, where only mild gastrointestinal side effects were reported (6).

Due to the proven role of oxidative stress in the pathogenesis of PCOS, many studies have been performed on the effects of antioxidants on biochemical parameters and the course of the disease and clinical manifestations of these patients to improve and treat the patients along with other treatments using these compounds (5).

Co-enzyme Q10 (CoQ10), also known as Ubiquinone, plays an important role in the elimination of free radicals and in the inhibition of lipid and protein oxidation (12) and is the most potent endogenous antioxidant (5). The effects of CoQ10 supplementation in women with PCOS have shown beneficial results on the markers of insulin metabolism through the modulation of insulin and adiponectin receptors as well as the improvement in glycaemic control and promoting an increase in triglyceride lipolysis (12). CoQ10 has also been shown to improve ovulation induction and preserve ovarian reserve. Animal studies in rats have shown an increase in the reproductive life of up to 30%, animals that produce more CoQ10 are more likely to ovulate with improved ovarian responses (5).

Vitamin D has been proposed as a possible missing link between insulin resistance and PCOS. Well-known for its role in bone homeostasis, a role for vitamin D has been suggested outside of this following the discovery of vitamin D receptors and the enzyme 1 α-hydroxylase in many more tissues, including reproductive organs as well as the fact that genes involved in gonadal function are regulated by vitamin D (13).

Vitamin D supplementation has been shown to improve blood pressure profiles and decrease insulin resistance, total testosterone, and androstenedione levels in vitamin D-deficient women with PCOS. However, the basic mechanisms underlying the beneficial effects of vitamin D in PCOS are still obscure, it has been proposed that vitamin D may play a role in correcting vascular endothelial growth factor (VEGF) dysregulation that is evident in PCOS (14). The upregulation of VEGF is manifested in the ovaries as an increase in vascularity as measured by ultrasound Doppler blood flow and confirmed by histologic studies (14). Women with PCOS exhibit increased VEGF levels in serum and/or follicular fluid and has been correlated with an increased risk of ovarian hyperstimulation syndrome following follicular stimulation (14).

Folate and folic acid are different forms of vitamin B9. Folate is the natural form, while folic acid is synthetic. The active form of vitamin B9 is known as 5-methyltetrahydrofolate (5-MTHF) and both folate and folic acid must first be converted to 5-MTHF before it can be utilised by the body. However, challenges arise in 25 to 60% of the population who possess a mutation in the methyltetrahydrofolate reductase (MTHFR) gene, which is responsible for the conversion of folate and folic acid to 5-MTHF, resulting in inadequate levels of 5- MTHF, and the resultant increased risk of neural tube defects, miscarriage, and infertility (15).

Studies have shown that the presence of MTHFR gene mutation may be a risk factor for PCOS (16) (17). The common thread between MTHFR and PCOS appears to be associated with homocysteine (Hcy).

Hyperhomocysteinaemia, which is a significant risk factor for cardiovascular disease, could be due to deficiency of folate, vitamin B12, as well as MTHFR gene mutations (18). Hyperhomocysteinaemia has also been shown to aggravate the incidence of late pregnancy complications, such as pre-eclampsia, abruption placentae, preterm birth, and intrauterine foetal death, as well as being a major factor that leads to early miscarriages by impairing endometrial blood flow and vascular integrity (18). Numerous studies have shown that Hcy levels are elevated in women suffering from PCOS (18).

Research into the pathophysiology surrounding PCOS is continuing and as more information is discovered and different mechanisms understood, standard treatments may evolve. The combination of MI and DCI in a 40: 1 ratio, in conjunction with other supporting nutrients such as folate (specifically as the biologically active 5-MTHF), vitamin D and CoQ10, may prove to be an effective and cost-effective first-line treatment plan with fewer adverse events and a favourable risk-benefit profile for women suffering from PCOS.

25. Inositols: from physiology to rational therapy in gynecological practice. Unfer, V, Orru, B and Monastra, G. 2016, Expert Opinion on Drug Metabolism and Toxicology.

26. The combined therapy Myo-Inositol plus D-Chiro-Inositol, rather than D-Chiro-Inositol, is able to improve IVF outcomes: results from a randomized controlled trial. Colazingari, S et al. 2013, Archives of Gynaecology and Obstetrics, DOI 10.1007/s00404-103-2855-3

27. The Rationale of the Myo-Inositol and D-Chiro-Inositol Combined Treatment for Polycystic Ovary Syndrome. Dinicola, S. 2014, Journal of Clinical Pharmacology, 54(10) 1079-1092. 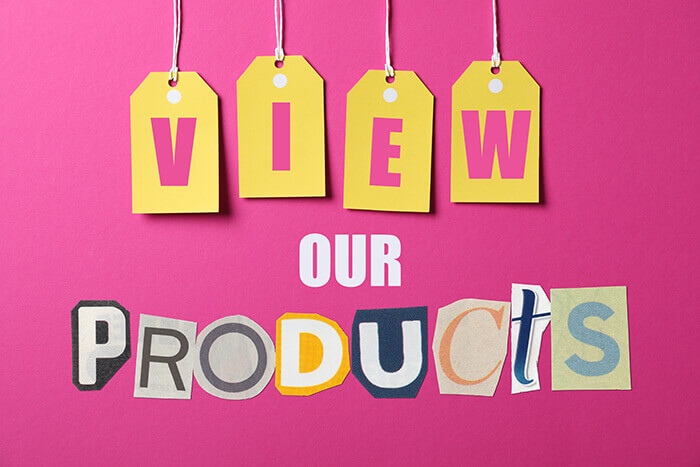 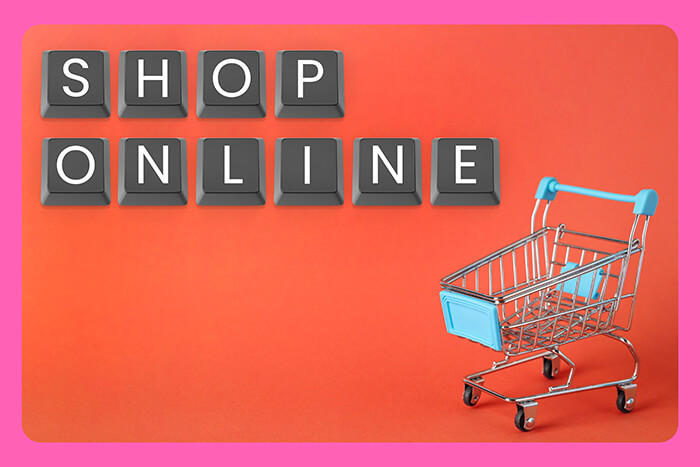 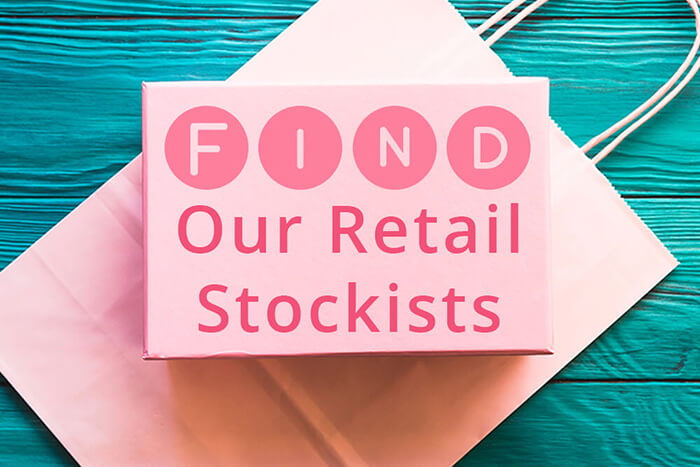 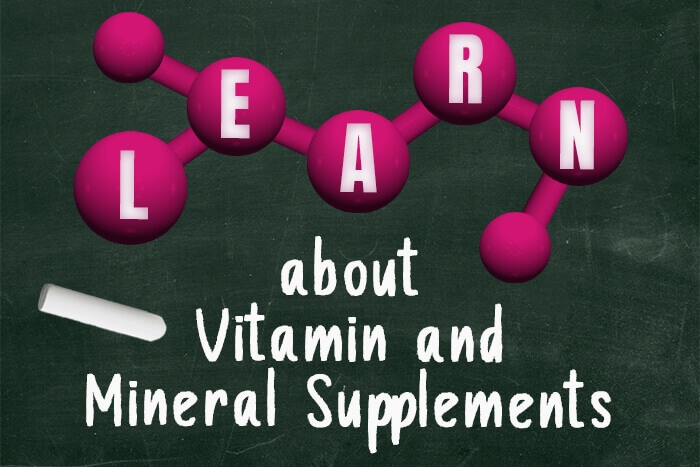 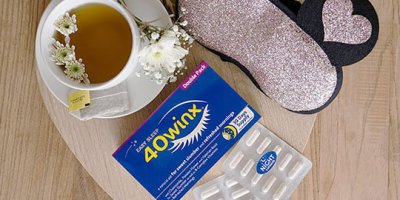